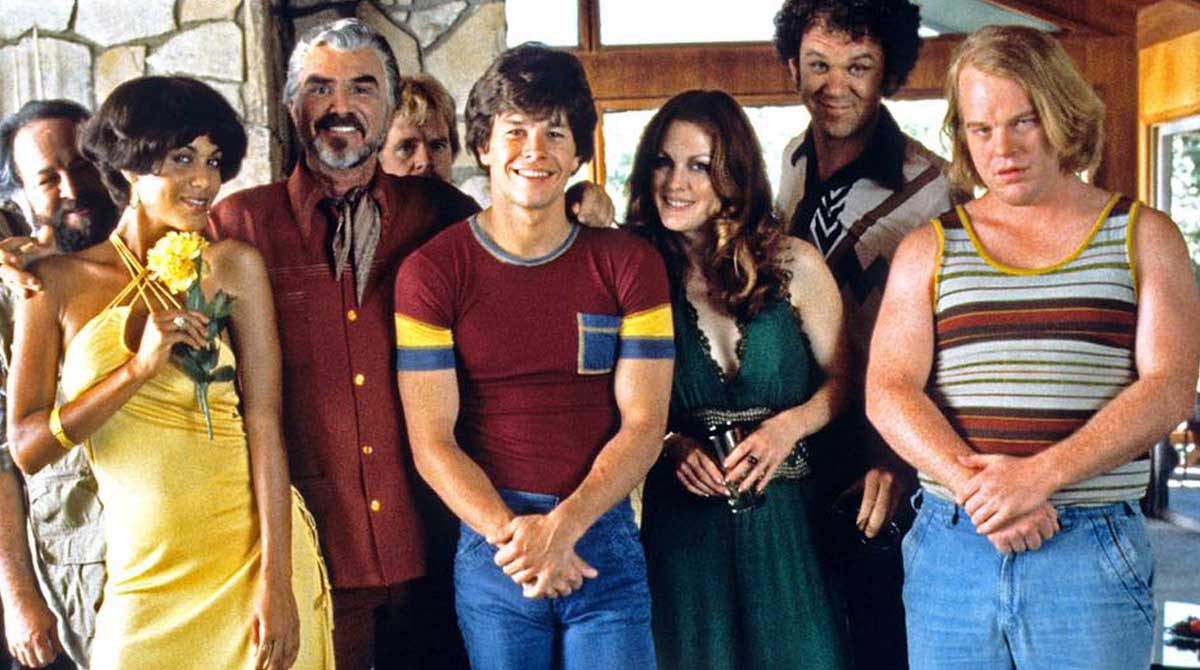 Paul Thomas-Anderson’s ‘BOOGIE NIGHTS’ is an epic of the low road, a classic Hollywood story set in the shadows instead of the spotlights but contains the same ingredients: Fame, envy, greed, talent, sex, money. The movie follows a large, colourful and curiously touching cast of characters as they live through a crucial turning point in the adult film industry as it shifts from heady, theatrical, artistic film in the 1970’s to a quick ‘bang for your buck’ cheap home video format that emerged in the 1980’s. Everything changed.

Dirt In The Gate Movies are thrilled to screen this from an original 35mm film print at The Shelley Theatre.

Disclaimer: Event details are believed to be correct at time of publication. Please check with the event organiser if you have any questions. If you believe an event is incorrect or no longer happening, please let us know.